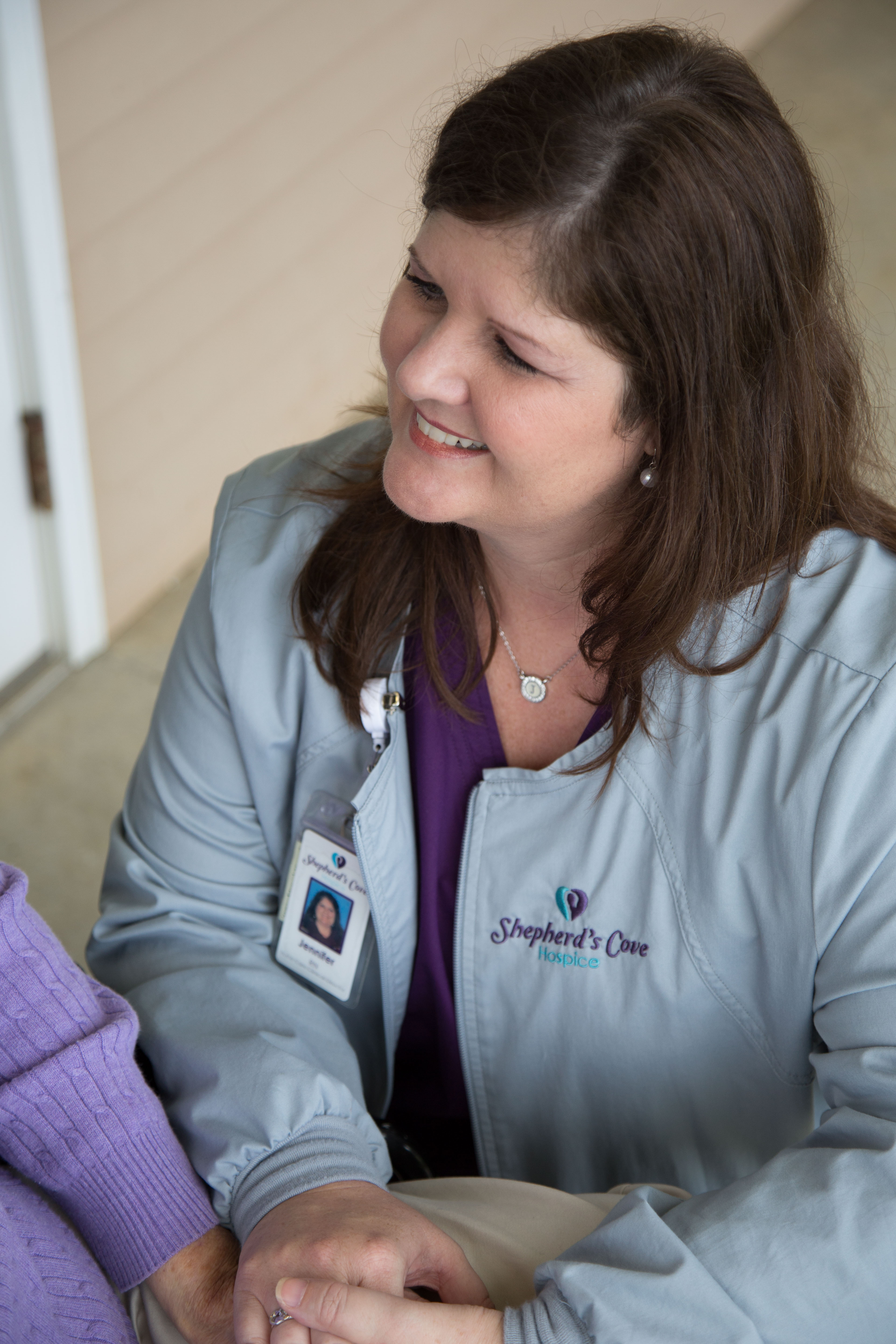 Ms. T was a 20-year-old female admitted directly from the hospital to the Shepherd’s Cove inpatient facility with a terminal diagnosis of cancer. She was diagnosed just weeks after the birth of her first child – a daughter. Upon diagnosis, she was not only told she had cancer, but that it was terminal with only weeks to live. She underwent some treatment with the hope of decreasing pain and slow the growth.

Ms. T arrived to Shepherd’s Cove very thin, quiet, and bald with a turban. She didn’t want to talk about the disease, but she did talk about her goals. Although very weak and in pain she began making arrangements to meet each goal. She wanted to (1) spend as much time as possible with her daughter, (2) have family pictures with her daughter, (3) watch her nephew play baseball, (4) get her daughter’s first Christmas presents, and (5) get her daughter’s first birthday present. Immediately, we allowed Ms. T’s mother to move her and Ms. T’s daughter into Ms. T’s room. All this time, Ms. T was very weak and endured pain. She didn’t want to take medication that would make her sleep – “she had too much to do to sleep.” She shared her goals with the staff and allowed the staff to help her accomplish those goals. A photographer came to Shepherd’s Cove and made pictures all afternoon one Sunday. With the assistance of a wheelchair and portable oxygen, she “checked out” of Shepherd’s Cove for 2-3 hours to attend her nephew’s baseball game – although she was seen napping in her wheelchair some of the time. After a few days’ rest, she was able to accomplish the shopping for her daughter’s Christmas and birthday presents.

After 6 weeks, Ms. T accomplished her goals. All during her enrollment, pain increased, but she only allowed modest adjustments in her regimen. With goals accomplished, she finally agreed to more aggressive pain management and became much more comfortable. Because she was young with an otherwise strong body, the amount of medications required was expensive. It was not covered by her insurance. Her insurance coverage requires the hospice provider to cover all medication costs, as well as costs for services, supplies and equipment for a perdiem rate. Her medication alone was approximately $500 per day. With generous community support from CFC contributors, other donations, and fundraisers, Shepherd’s Cove provided her with the care she needed.