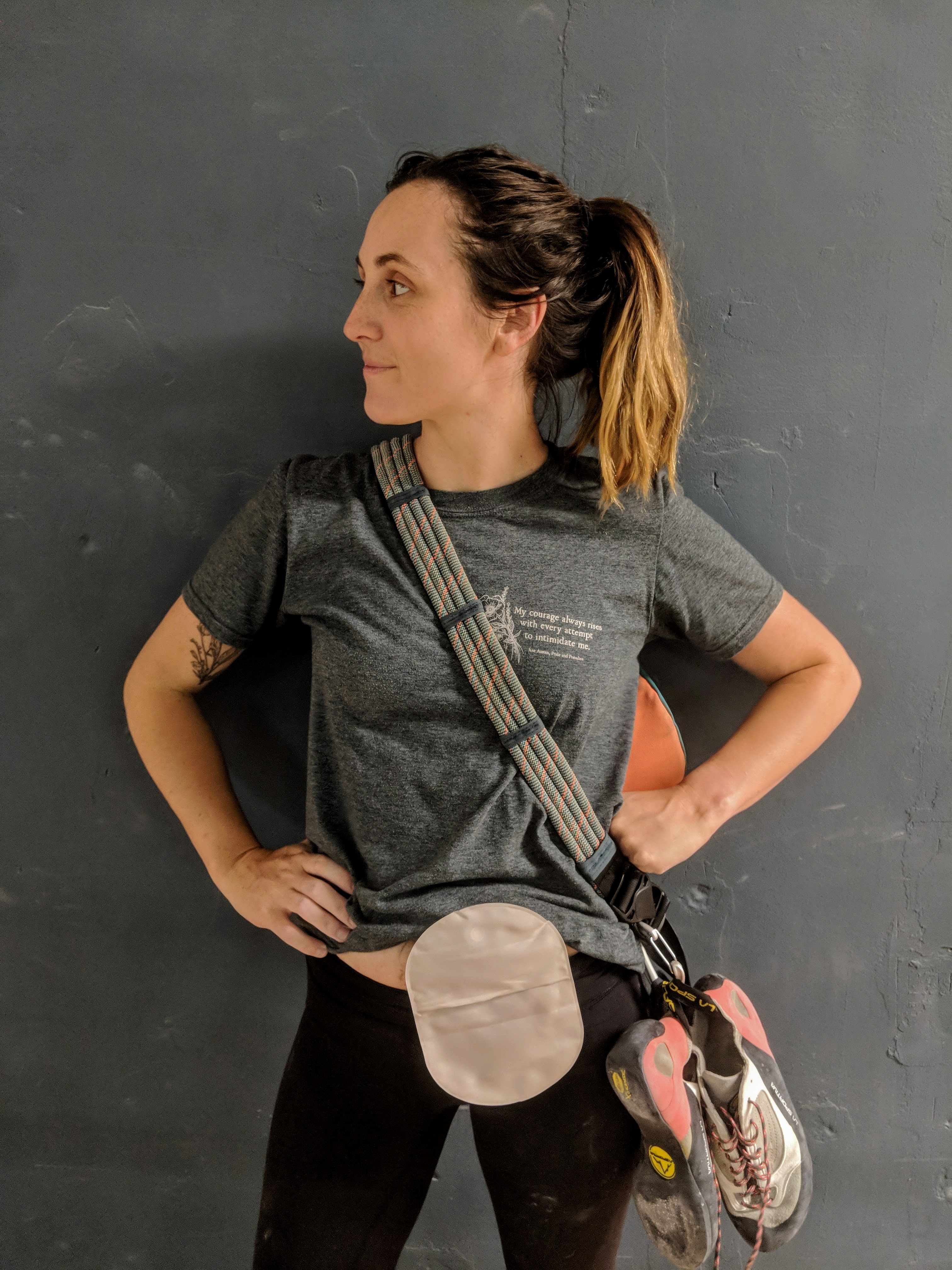 My IBD journey began when I was 15. I remember being doubled over in pain as I ate a celebratory chocolate chip cookie after a successful track meet. I went from having boundless energy, to dragging myself out of bed over the course of just a few weeks due to an unshakable fatigue. That pain and fatigue became the reason for months of missed school and social occasions, dropping out of cross country races before they even began, and quitting dance altogether.

It was then that I first heard the words, “ulcerative colitis” and that my dad had battled it for over 20 years, but I had never even known. I learned that although I didn’t realize it, I had sat at the end of his hospital bed as a toddler after his colectomy surgery. I learned that he still dealt with long-term effects of not having a colon.

I was 16 when I was put under anesthesia for my first colonoscopy and woke up to learn that I finally had a name for what I was up against: Crohn’s Disease. At the same moment, I felt immeasurable relief, but my dad’s fist nearly went through the wall of the waiting room when he heard those words. He was afraid because he understood what that meant.

The following year was a blur of doctor’s visits. I struggled with self-confidence issues that came along with rapid weight loss and steroid side effects. At 17, I lost consciousness when I bled out after a colonoscopy. That was when I learned that even a safe diagnostic procedure could be dangerous if you were too sick. I had already been in the hospital for 20 days, and I would spend 10 more in the ICU receiving blood transfusions. I was supposed to be leaving for my dream college in a few months and I faced missing out on even more of my young adult life.

That was the same year that I first learned of the Crohn’s & Colitis Foundation. For the first time since my diagnosis, I found my voice as I walked alongside other IBD patients at the Take Steps Walk and eventually trained for a Team Challenge half marathon alongside other patients and my dad, who I looked up to for everything he had overcome with ulcerative colitis. It was those experiences that taught me how to talk with others about my disease. The Crohn’s & Colitis Foundation community quickly became my extended family.

I was 24 when I first volunteered as a counselor at Camp Oasis, the Crohn’s & Colitis Foundation’s camp for kids and teens with IBD. I went there to help inspire and teach kids with IBD. I left having been inspired and taught by kids with IBD. It was that experience that opened the door to where I am today.

When I was 25, I elected to have surgery that would leave me with a permanent ostomy. An ostomy is portrayed as a burden, a crutch meant for the elderly. For a typical young person, it was seen as a death wish. For me, it meant gaining back more comfort, freedom, and confidence than I had had in over 10 years.

When I was 27, I began working as the Manager of Education, Support and Advocacy for the Crohn’s & Colitis Foundation. Every day, I get to build education programs for patients and families looking for the same resources I needed when I was a teen. I work with physicians who are on the front lines of helping patients navigate overwhelming and complicated treatment plans and procedures. I get to help make Camp Oasis a reality for kids, teens, and adult volunteers who have the same concerns, same fears, and same hopes that I did – and still do.
IBD is a big part of my story, but I like to say that the Crohn’s & Colitis Foundation is an even bigger part of my story. The Foundation has provided resources, education, and funding for new treatment options and an eventual cure, but even more importantly it provides support, community, safety, a sense of purpose, and hope for me and for so many other patients.

Charity Name
Crohn's & Colitis Foundation - Greater Los Angeles Chapter
Photo Caption
McKenna Plant has been an IBD Warrior since she was 15 years old - and now she serves as Southern California's Education, Support & Advocacy Manager for the Crohn's & Colitis Foundation. You can read about her inspirational journey in our Story!
Photo Credit
McKenna Plant
CFC Number
32085